Austria (Österreich in German) is a federal republic in Central Europe with about 8.5 million people. It is bordered by the Czech Republic and Germany to the north, Hungary and Slovakia to the east, Slovenia and Italy to the south, and Switzerland and Liechtenstein to the west. 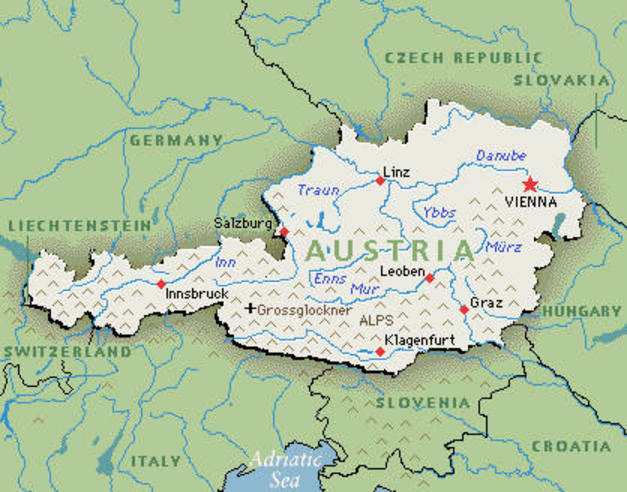 The people of Austria are a Germanic ethnic group, consisting of the population of the Republic of Austria and its historical predecessor states who share a common Austrian culture and Austrian descent.